Hi Dolly’s I’m not sure if you noticed but I took a week off blogging a few weeks ago. My pancreas wasn’t playing ball and I was feeling so ill, vomiting and had severe pain.

I wasn’t sure if I was going to broach it with you all, but you guys feel like my friends and I want you to know.

Im heading back to Liverpool UK for another infusion done in the post op department with 1:1 nursing. It’s not like the infusions of lidocaine, which sadly had no benefit for me; but didn’t cause any side affects that this infusion causes. Although it makes me tired and groggy for 4/5 days last time I had one, I needed much less pain meds and had heaps of energy woop woop!

Referred to Edinburgh had an attempted snip of pancreas duct,  ended up in HDU with organ failure!! A month later re-attempted but because of my anatomy I had to have a big open surgery ‘Transduodenal Sphincteroplasty of the pancreatic duct’

If you have bad health anxiety or don’t like health story’s don’t read on. Thanks……

Had the big op  2008 and almost died, as I woke up with no pain relief (should have been on a Patient Controlled Analgesia morphine button) instead I had a epidural which wasn’t working. Drains in my tummy and a huge nose NJ tube yuk. Day 2 body shut down, anaesthetist was called said I was sleeping. I’d shut down, couldn’t see and then couldn’t hear anything. Felt like I was underwater and drifting further into an expanse of deep cold water…..

An angel from the pain team saw me and recognised what was happening and brought up morphine right away. This lady probably saved my life…..

I did have a reduction in the frequency of Acute pancreatitis after the big op.

So that’s you guys in the loop with my health and bold pancreatitis. Ironic that November was pancreatic disease & cancer month! Did my pancreas want to down tools in sympathy!!

Blogging really brings me joy, and no matter where I am I can always tap away on my MacBook Pro and get my Blogs out there as well as my other social media sites.

My personal advise is to research your illness, and become as informed as you can. You are your own best advocate. Don’t be rude but have a list of questions for your consultant and make the most of your consultation. My retired GI gave me that advise (you where a lifesaver quite literally Dr Collins)  There are only a handful of Pancreas centres worldwide and all are in England Sadly there are none in Ireland or Scotland due to funding but that’s not to say the doctors aren’t good, it’s just a funding issue. The professor I see was flown out to Patrick Swayze but it was too late sadly.

I shall say Adieu, as I’m off to Liverpool in a few days. 💋 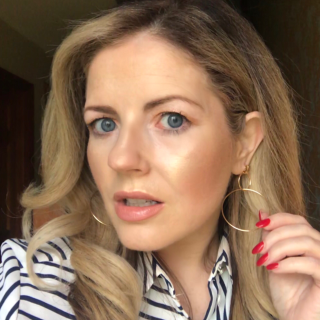